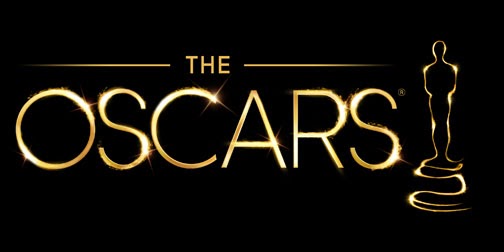 Who should win: This is a tough category. Her, Nebraska, and Dallas Buyers Club are all deserving. I like Her, for the plot if nothing else. Nebraska, Dallas Buyers Club, and also Blue Jasmine, are all driven more by an incredible acting performance, while Her is my favorite film of the category, much due to the screenplay.

Who will win: American Hustle. For my complete thoughts on this, I will defer to my review of the film at http://www.thefilmjedi.com/2013/12/how-to-con-audiencesand-academy-review.html.

Who should win: I think this is a more difficult category for me than for the Academy. While 12 Years a Slave is absolutely my favorite film of the year, it was due to the direction, acting, and cinematography more than the screenplay. However, I think it is still deserving of the award, though I strongly consider Philomena.

Who will win: 12 Years a Slave. Wolf of Wall Street has an outside shot.

Who should win: Easiest category. Gravity.

Who will win: Gravity.

Who should win: These categories are tough to pick. I don't think most of the Academy really knows why they are picking a film in the sound categories. Personally, I think The Hobbit deserves this award.

Who will win: Probably Gravity, though Captain Phillips is a good possibility, simply because both are action-filled movies nominated for Best Picture.

Who should win: Tough. I want to say Gravity, for having so many wonderful moments of silence, but then, a space film should have it. I pick Inside Llewyn Davis, because I love the way the songs are mixed, studio-quality, but sounding live. Also, the film uses silence very creatively.

Who will win: Gravity, though again, Captain Phillips is a possibility.

Who should win: Her. I absolutely love the way the future looks in this film. It's 70's influenced, yet futuristic, and very plausible. It is a truly unique design, reminding us that designs of the future are always influenced by the past.

Who will win: Gravity. I think visual effects will cause this film to win production design.

Who should win: “The Moon Song,” from Her. It's a beautiful moment in the film.

Who will win: The song they chose to nominate from Frozen. It doesn't matter which one, it would win regardless.

Who should win: I didn't see The Book Thief, so I can't judge Mr. Williams' score. I like Her's score, it is not out-there futuristic, but it fits in well with the film. I would not be disappointed if Gravity won this category.

Who will win: Gravity. Though I see Saving Mr. Banks as a real possibility.

Who should win: How there are only three nominees in this category, I don't know. I think The Hobbit should win, but it wasn't nominated. I think Jackass: Bad Grandpa should win among these three, just because they did an awesome job making Johnny Knoxville look like an old man.

Who will win: Dallas Buyers Club, solely for making Jared Leto a transvestite. I don't think the Academy could give an Oscar to Jackass, though they did give one to Eminem.

Who should win: They need to change the name of the category. No one edits actual film. Anyway, Gravity nominated in this category is a joke. Gravity was almost completely previsualized, meaning there was about as much editing done as on an animated film. The Academy is confusing directing with editing? I love 12 Years a Slave's editing, though I feel that what I love about it are as a result of the director choosing long takes. My Oscar could easily go to The World's End. But among the nominees, 12 Years a Slave takes it.

Who will win: Captain Phillips. The Academy will confuse best editing with largest number of edits in a good action film.

Who should win: I didn't see all the films. My pick would go to The Hobbit, were it nominated. However, among the nominees, 12 Years a Slave.

Who will win: In an attempt to spite me as much as possible, the Academy will go with American Hustle, though I think The Great Gatsby is a possibility.

Who should win: Two of the films I have not seen. I think that's a good thing, as the Academy cinematographers seemingly decided to choose their nominations based on cinematography rather than best picture. As obvious as that sounds, it's not the norm. Llewyn Davis was probably nominated for this category largely because of lighting, which is part of cinematography. However, if this was what they did, where is The Secret Life of Walter Mitty? The shots are like a series of great photographs. This film is hands down my favorite cinematography of the year.

Who will win: Gravity.

Who should win: I have only seen one film, Despicable Me 2, so it's not really fair to pick the category.

Who will win: However, I can make a prediction. Frozen, because Disney, decades behind society, has realized that women can be independent of men, and is being highly praised for it, for some stupid reason.

Who should win: One of the easiest categories for me. Steve McQueen (no, not that Steve McQueen) drew incredible performances from each actor, constructed amazing long takes, and knew when to simply let the audience ponder for a moment with Solomon. He made the film as awesome as it is.

Who will win: Alfonso Cuaron. He is almost solely responsible for Gravity being what it is. And I won't be too disappointed when he wins, but I feel that Gravity could have been a bit better film plot-wise.

Who should win: This is the absolute easiest category for me. Lupita Nyong'o gave one of the most moving performances ever. I did love June Squibb in Nebraska, but this is no contest.

Who will win: At the Academy screening of American Hustle, the audience went nuts when Jennifer Lawrence's name appeared during the credits. They are infatuated with her, and they will probably ignore the best performance of the year because of it. Again, my review of the film goes into more detail on my thoughts on this matter. http://www.thefilmjedi.com/2013/12/how-to-con-audiencesand-academy-review.html

Who should win: As odd as it is to say this, Jonah Hill should win an Oscar. His performance was fantastic. He brought the character to life, and was the highlight of The Wolf of Wall Street.

Who will win: Jared Leto, for the wrong reasons. I will defer to my Dallas Buyers Club review for my complete thoughts on this. http://www.thefilmjedi.com/2014/01/dallas-buyers-club.html

Who should win: Cate Blanchett. Another easy one. She was Blue Jasmine. Fantastic performance.

Who will win: Cate Blanchett. Meryl Streep would be a lock in any other year.

Who should win: This might be the most difficult category. Mathew McConaughey, Chiewetel Ejiofor, and Bruce Dern are all deserving. As much as I loved 12 Years a Slave, I think McConaughey should win the award.

Who will win: I think it's a bit easier for the Academy, and McConaughey will take home the statue.

Who should win: 12 Years a Slave. It's an incredible film in every way, and important to U.S. and film history. It's the epitome of Best Picture.

Who will win: Apparently this is a toss-up between 12 Years a Slave, American Hustle, and Gravity. I am surprised to see Gravity considered, and slightly appalled. It is a great film, absolutely incredible visually, but to give a film Best Picture because of visuals is completely the opposite of what the Academy usually does. I don't think it will win. I am disgusted by the love for American Hustle, a thoroughly mediocre movie. However, unfortunately, in my cynicism towards Hollywood, I think the Academy will give in to its love affair with David O. Russell and the actors in the film. If they do, I will be done watching the Oscars.
Posted by Unknown at 9:36 AM